Dino, Naïo Technologies’ vegetable bed robot, has officially been released in the field. The robotic straddler weeds vegetable beds to assist produce growers in their daily tasks. Dino guides itself using the same laser and camera system as Naïo’s - now famous - Oz robot. It can also use GPS for guidance. The tool is entirely autonomous and works on electrically charged batteries.

The new vegetable bed robot is designed to help farmers save time. Dino weeds by itself but also assists farmers during time-consuming and straining tasks:

Naïo Technologies has set up partner projects in France and Denmark to test Dino in the field using different set-ups. Experiments will be conducted: 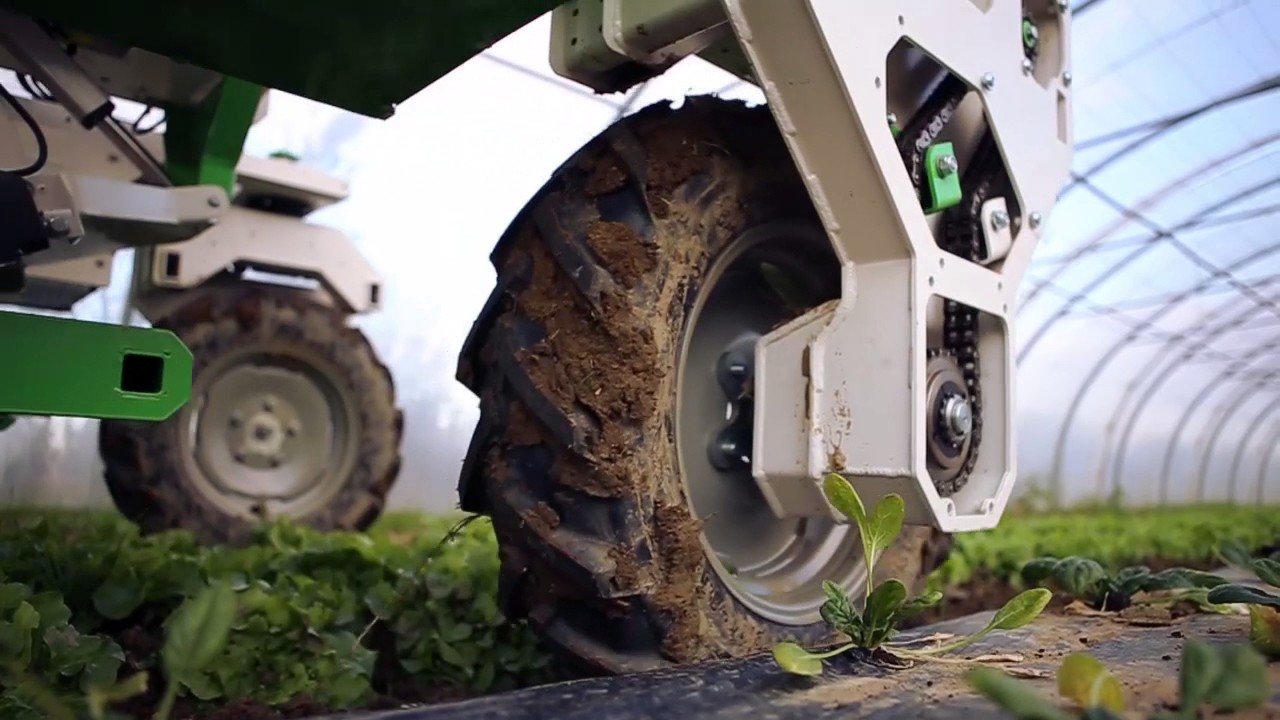 To see Dino in action

Created by robotics engineers Gaëtan Séverac and Aymeric Barthes in 2011, Naïo Technologies is an Agtech company based in Toulouse which designs, manufacturers and markets agricultural robotics solutions co-built with farmers and consumers. Being people- and environmentally-friendly, these weeding robots can, in particular, compensate for the lack of an agricultural workforce, reduce the drudgery linked with some agricultural tasks and limit the need for chemical inputs. To date, nearly 150 robots are in circulation worldwide, including Oz, designed for diversified market gardeners, Dino for weeding mound-grown vegetables and Ted, for wine growing.