French farmbot specialist Naïo Technologies has already scheduled the delivery of Dino’s first four customers: the Chamber of Agriculture of the French Somme Department, cooperative groups Agrial and Picvert as well as a Danish customer who aims to conduct further experiments on popular field crops. A wide range of vegetable growers in search of weeding solutions is expected to join the list in the months to come.

The Dino robot was developed according to the same principles as the Oz weeding robot but has been adapted in order to meet the needs of larger farms and weed large-scale vegetable beds. Dino is a precision tool that mechanically weeds vegetable rows to reduce the use of chemical inputs, increase farm productivity and deliver high quality vegetables to consumers.

The large-scale weeding robot autonomously guides itself around vegetable plots thanks to its RTK GPS system. It’s also equipped with a set of cameras that detect lettuce rows and accurately guide the robot’s weeding tools as close as possible to the crops.

Dino: upcoming deliveries and projects for 2017

In 2017, Naïo Technologies established several partnerships to submit Dino to a range of different test situations while providing an efficient and eco-friendly mechanical weeding solution to its first customers:

“This year, Naïo Technologies will market 10 Dino robots as part of their partnerships with different agricultural players in France and Denmark. Lettuce is the first crop on our list this year. Trials will also be conducted on other types of vegetables as well as on field crops,” explains Lionel Montchalin, Naïo Technologies’ product manager. 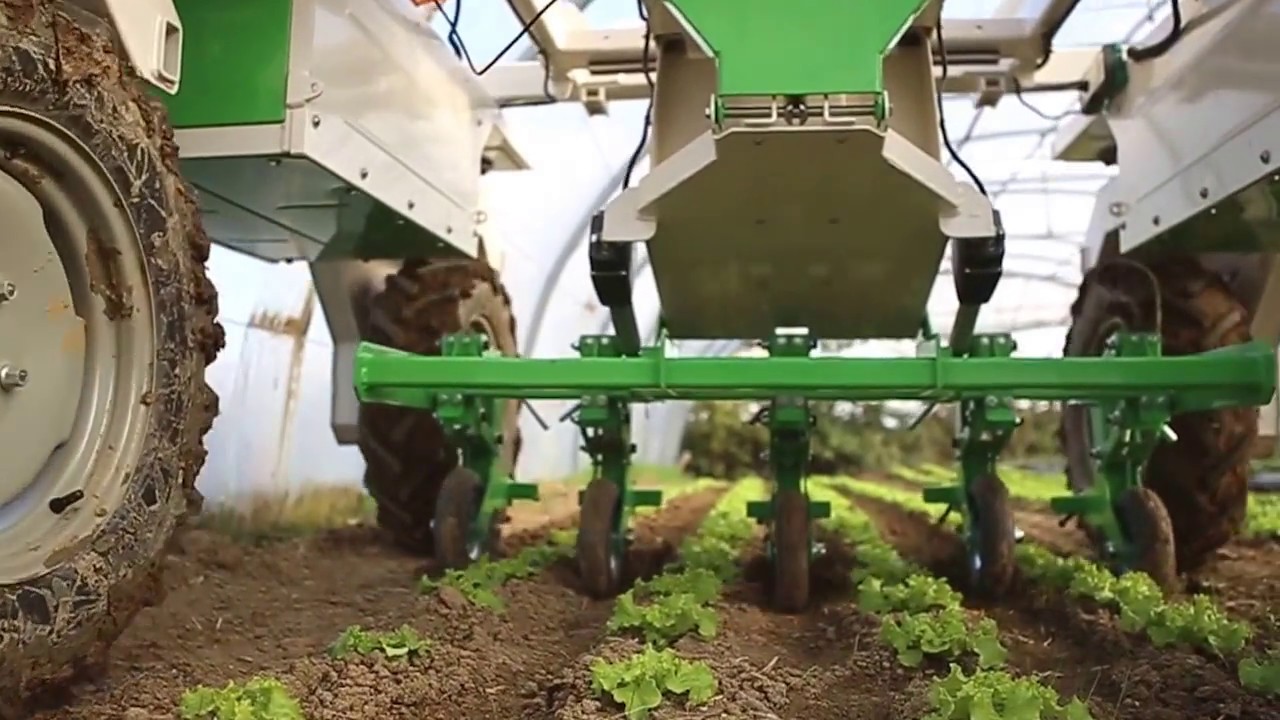 Created by robotics engineers Gaëtan Séverac and Aymeric Barthes in 2011, Naïo Technologies is an Agtech company based in Toulouse which designs, manufacturers and markets agricultural robotics solutions co-built with farmers and consumers. Being people- and environmentally-friendly, these weeding robots can, in particular, compensate for the lack of an agricultural workforce, reduce the drudgery linked with some agricultural tasks and limit the need for chemical inputs. To date, nearly 150 robots are in circulation worldwide, including Oz, designed for diversified market gardeners, Dino for weeding mound-grown vegetables and Ted, for wine growing.