A produce grower’s testimonial after his first year

Franck Echard’s farm is located to the South of Paris, in the Touraine region. He shares his experience after one year of working with the Oz weeding robot. Franck manages a 7 ha farm and grows over 40 varieties of vegetables that succeed each other in short rotation throughout the year.

Franck hasn’t always been a produce grower. After a long industrial career, he decided to quit his job at the age of 43. “I saw an opportunity in Montoire-sur-le-Loir, so I bought the farm from someone who wanted to retire and completely changed my life.” This audacious move proved to be a good choice as his business rapidly gained momentum. “After two years, we bought the farm here at Saint-Martin-des-Bois to be able to expand.”

In 2014, Franck discovered Oz, Naïo Technologies’ innovative weeding solution, when he visited the French SIVAL agricultural trade fair. At the end of 2015, after having closely studied the pros and cons, he decided to take the leap. “I signed the contract in February 2016 and received the robot in March.” 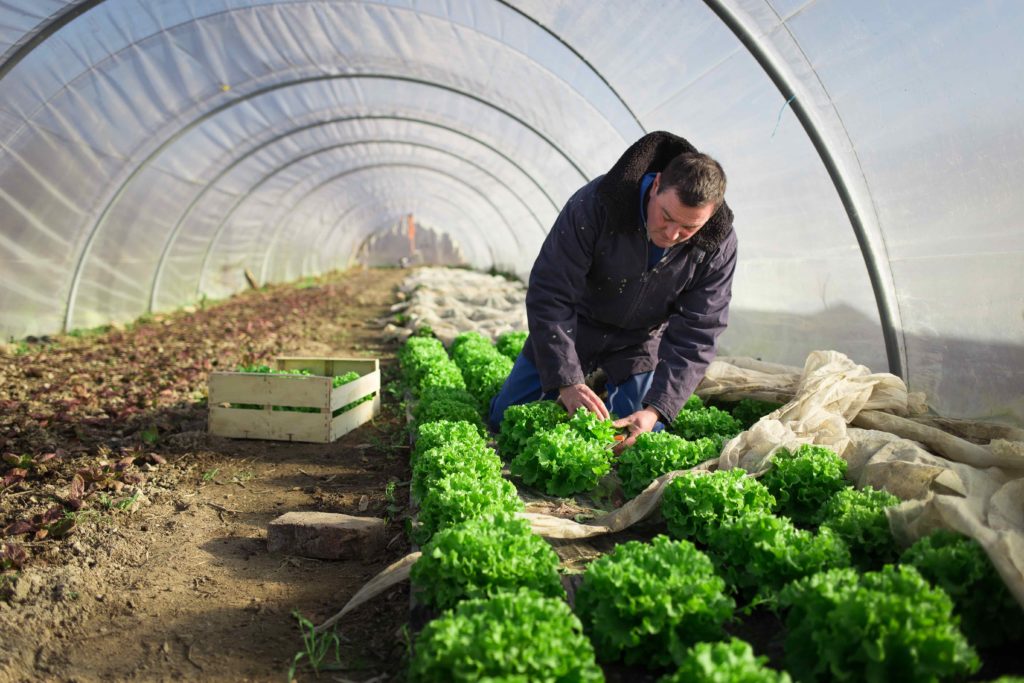 The decision to buy Oz made perfect sense to Franck as it coincided with his job philosophy. “Our goal is to gradually shift to organic, even though we’re not looking to obtain the official label yet,” he explains. “The idea is to show people that it’s also possible to eat other vegetables than those you usually find in the supermarket.” In this context, the main objective is to gradually reduce the use of phytosanitary products. This generally implies manual weeding, which comes at too high a cost. Oz offers a solution to both these issues: it reduces the use of chemical weed killers while simultaneously protecting the farm’s profitability. “I knew that Oz would bring me one step closer to organic farming.” 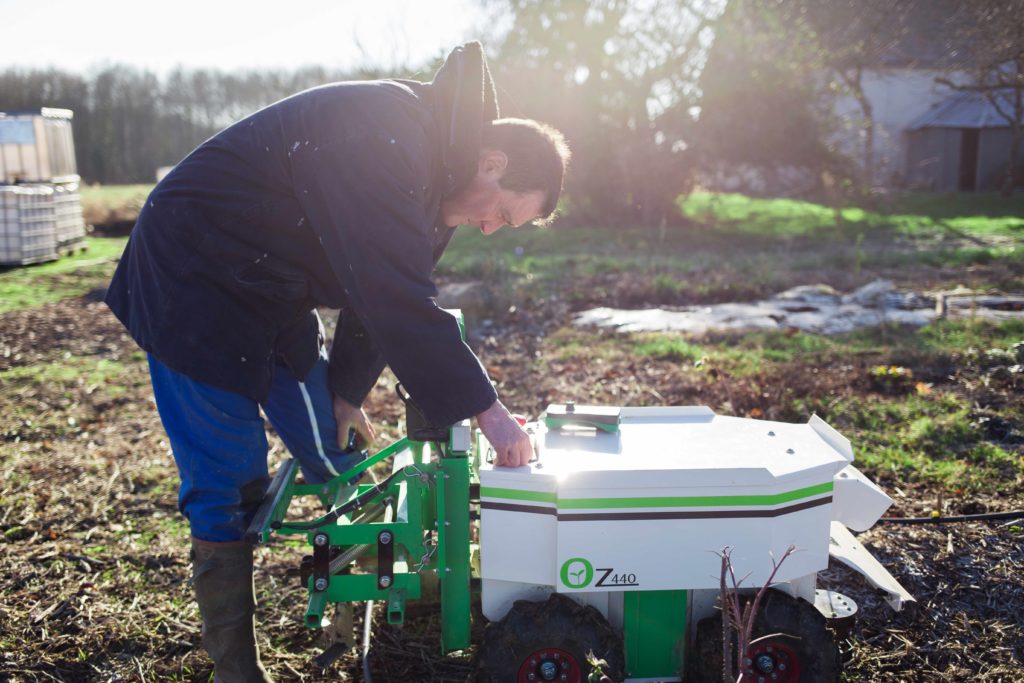 Oz’s arrival at the farm raised some technical issues. “I quickly understood that our problems were linked to the fact that we didn’t really master the tool yet,” Franck states. One of the reasons was a tough start of the season, with lots of rain, which complicated work in the field. “In the beginning, it would beep all the time,” Franck remembers. “For example, we had an issue with a security alert because there are a lot of stones out here. At every shock, Oz would stop. And sometimes the row space just wasn’t wide enough.” Franck gradually solved the issues as the season moved on and he got to know the tool better.

However, sometimes more specific problems emerged. “At some point, we had holes in our rows because some hares had eaten a couple of vegetables.” When Oz can’t detect the crop, it can’t find its way and stops. The solution was to place stakes in order to simulate the missing vegetables. “We have a lot of bamboo here, so we cut a whole bunch and use it when necessary.”

Oz is a major innovation and solutions have to live up to expectations. Franck estimates it takes about a year to really know how to handle the tool. “In order to really learn how it works, you have to use it at least once on every type of crop, because every crop has its own characteristics,” he believes, “but once you’ve done that, the tool is quite autonomous: you can just leave and it’ll work all by itself.” 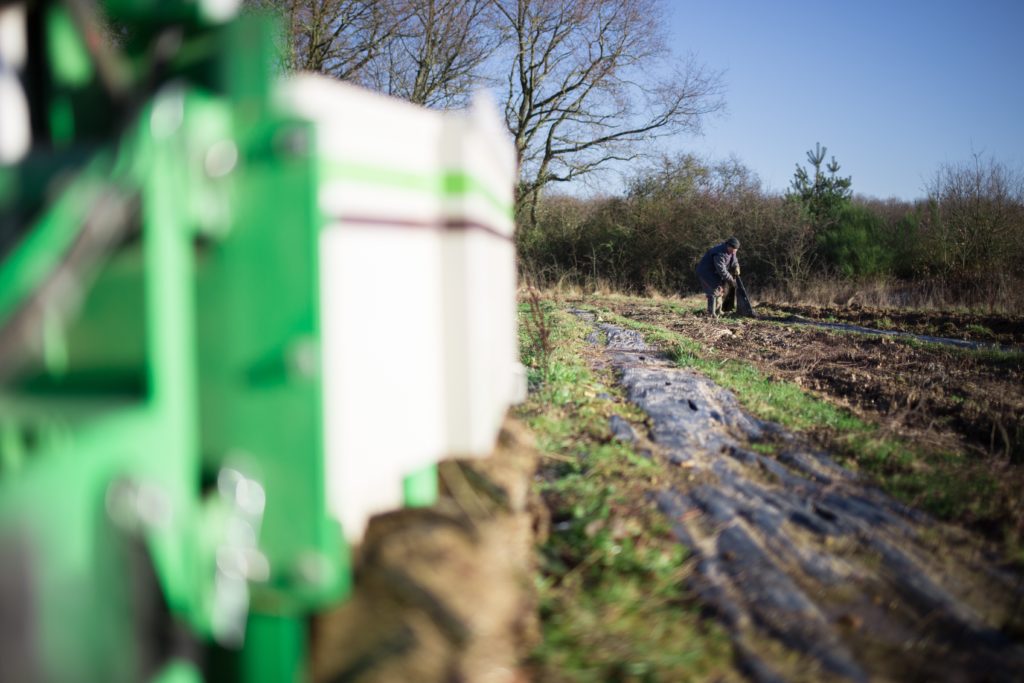 Even though it takes care of manual weeding, Oz requires some initial adjustments during set-up. “The area needs to be properly prepared to accommodate the tool, which requires some work.” But, according to Franck, the amount of time you save afterwards is quite impressive: “In four hours time, it accomplishes the same amount of work that would take me two whole days!” A precious gain of time that allows farmers to tackle tasks they generally put aside but which then become even more time consuming, such as administration or cleanup. Franck also appreciates the extra time he now gets to spend with his family: “Before, I often spent my Sunday mornings in the field because it needed weeding. Now, I just place Oz in front of the plot and it works all by itself. I’m also able to finish earlier in the evening.”

And his strategy to reduce chemical weed killers to 0% thanks to Oz is also on the right track. “Since we bought Oz, we haven’t applied any chemical products at all. Even our turnips, which generally require a lot of work, have entirely been weeded by Oz.” He estimates it will take him two more years before he can completely ban the use of phytosanitary products from his production, which will lower his costs with 2,000€ to 3,000€ a year.

And that’s not the only financial advantage. “Before, between May and August, I used to hire a full-time seasonal worker to manually weed or hoe the plots.” A cost that puts a heavy burden on a farm the size of Franck’s: “All in all, this would cost me around 2,000€ a month.” This work is now handled by Oz. “If I want to keep the farm going, I have to do the same thing as everybody else and lower production costs.” 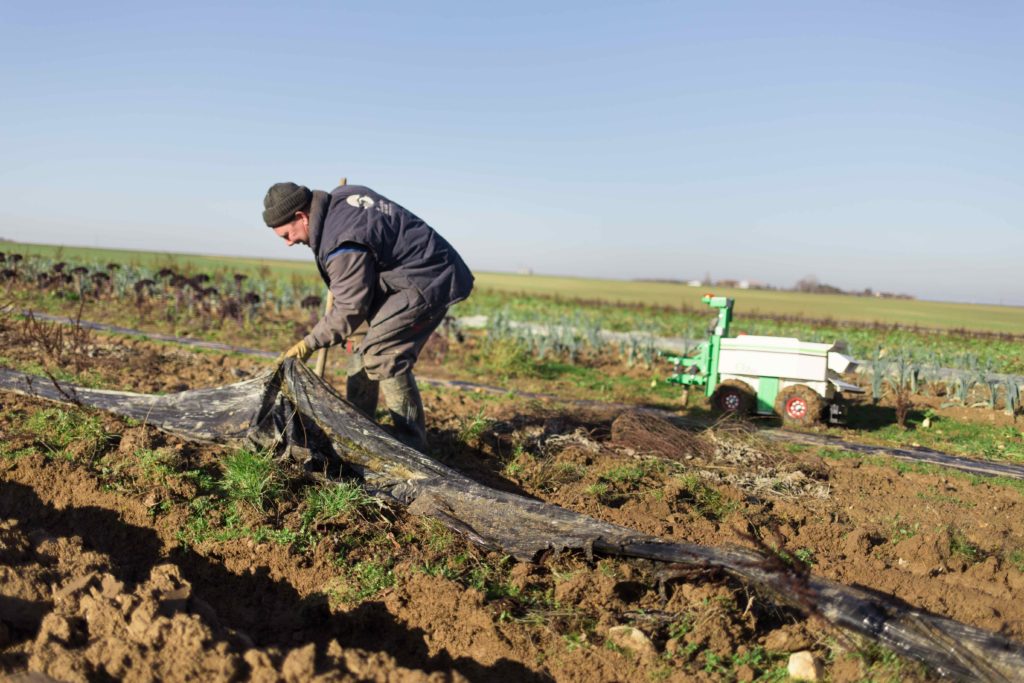 The tool’s steady work rhythm also helps mound the soil around leeks: “This year, we had 50% more blanched leek stems thanks to the weeding brush! This is a good sales argument for customers but Oz needs to be used in an overall approach,” Franck explains. “At first, you need to use the plowshare to loosen the soil and only then, you use the brushes.”

The produce grower is eager to share everything he learned: “You have to use it regularly, nearly all the time. Even on a plot that has been weeded the week before and doesn’t show any signs of weeds yet, you still need to use the tool.” When the top layer is turned over in the morning, the sun can grill the germs in the afternoon. “It quickly becomes a routine to take Oz to the plot to have it brush in the morning and, as soon as it’s done working, we get it to charge. That way, it’s working the entire time.” Doesn’t he think the soil will be worked too hard? “Oz doesn’t damage the microbial environment because it’s not really heavy,” answers Franck, “the worms love Oz!”

The produce grower takes stock of his purchase: “Oz uses little energy, works on electricity and doesn’t require the use of chemical weed killers. It simplifies the job and decreases our workload: it’s a good investment,” he states, “but you really have to hang in there in the beginning.” Learning how to master Oz may require some time but, at the end, it’s clearly worth the effort. 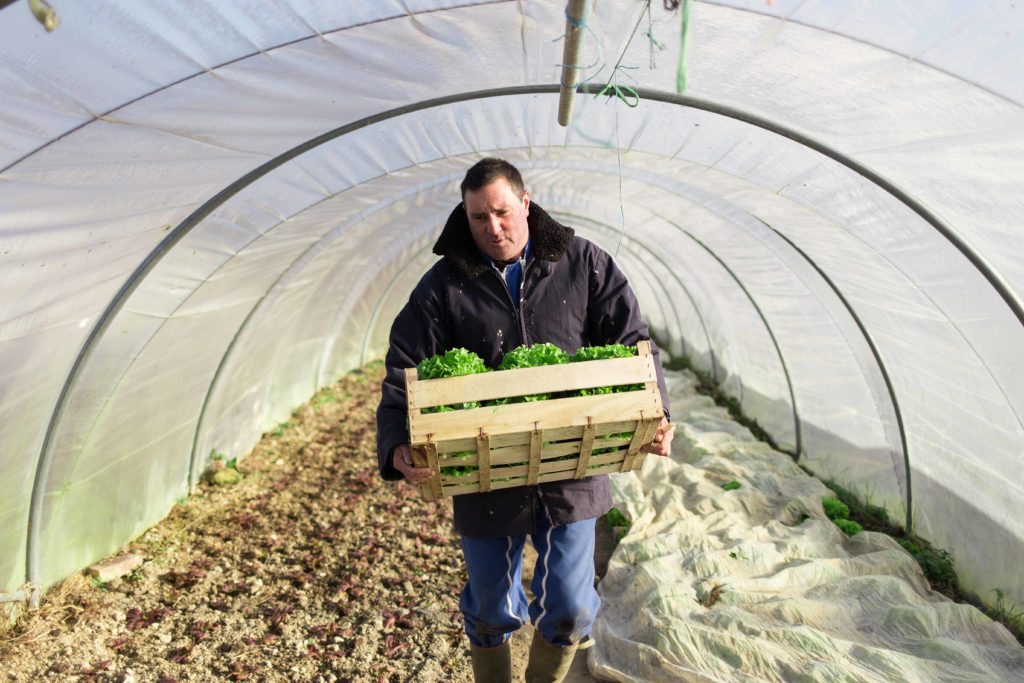 “I’m very optimistic about the future because, now that we’ve used it for a year, we really know how to handle Oz,” says Franck joyfully, “In the year to come, we even think about growing lettuce without protection cover.” This would represent an additional 2,000€ of savings and also bring Franck one step closer to durable farming.

To learn more about the Oz weeding solution:  https://www.naio-technologies.com/oz