Here at Naïo Technologies we value our customers’ feedback. Our team recently visited the village of Ger, which is idyllically located at the foot of the French Pyrenees mountains. There, we received a warm welcome from produce grower Edith Roger, who leads Handibio 65, a structure that hosts and integrates workers with special needs. Last summer, they started using Oz, Naïo Technologies’ weeding solution, to help them save time on traditional farm work and upgrade workers’ tasks.

Handibio 65 was founded in 2011 by the French ADAPEI association, which was created by friends and parents of children with special needs. The main goal of the structure is to support people with special needs and help them gain access to the job market. As Edith explains, “The ADAPEI association also aims to set up a complete organic production chain, from plant seed to plate.” The plants and seeds come from Oursebellile. The vegetables that are grown in Ger are largely used by the ADAPEI canteens, which have to feed some 700 employees in the Hautes-Pyrenees department alone.

The farm nearly covers 4 hectares, produces sixty tons of vegetables per year and reaches a yearly sales revenue of 90,000€. Even though Handibio 65’s primary purpose is to train and integrate workers with special needs, they can’t lose sight of the association’s financial stability. After three years of worrisome financial results, Benoit Guillard, the general manager, decided to contact an external consulting firm. “Their recommandations lead us to reconsider our weeding and irrigation techniques,” explains Benoit, “but we also started to question our general way of working. Some jobs are really very hard for people with special needs and would generate specific problems, such as a high rate of absenteeism“. 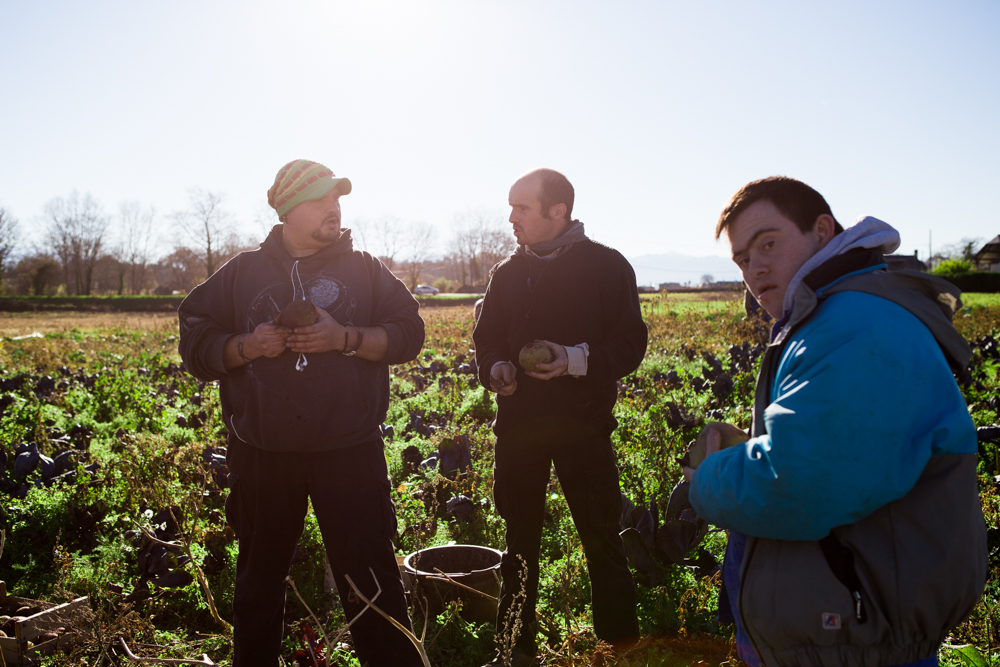 Reducing the drudgery of weeding jobs

To help people with special needs gain access to the job market, we need to help them see the importance of the work they’re accomplishing to start with. “It’s true that, when it rains, when there’s a lot of wind or when it’s cold, we have a hard time motivating them,” says Edith. “Even though the work is hard at the start and the weather can be bad, they have to hang in there. But when they feel it’s too difficult, they stop and leave, which is only normal.”

We can’t really change the weather, but how about the drudgery and arduousness of the work they need done? On top of their list: weeding. At an organic farm, weeding represents up to 25% of traditional farm work in spring. Frank Laouna, one of the farm workers, nods in agreement: “Weeding an entire row takes up a lot of time. All depends on the weed but it takes our entire team all but four hours to weed three rows.” Edith starts laughing: “We never have enough people to do the weeding. Every year, there’s too many things to do and too few people to do them.”

Could it be possible to leave the weeding chores to tools in order to limit work drudgery while increasing farm productivity at the same time? To find an answer this question, Handibio 65 decided to try out the Oz weeding robot… 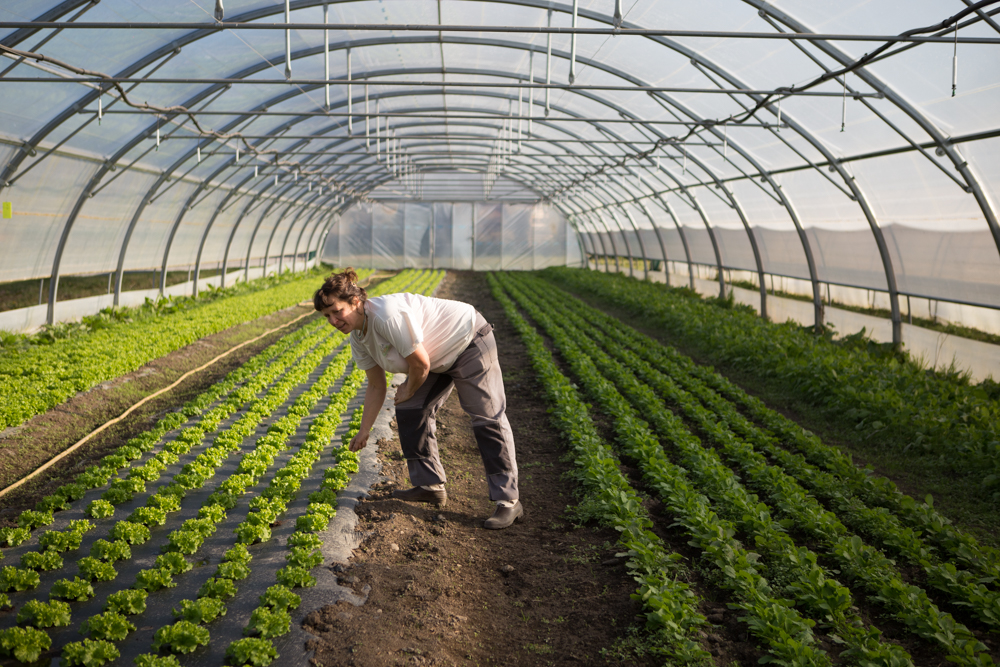 The structure’s limited resources only allowed them to rent the robot to try it out for a couple of months. The weeding robot finally arrived in full season, during the month of July 2016…. Frank remembers the day well: “Someone from Naïo Technologies came over and explained us how to operate the robot. After a couple of days, I’d already got the hang of it! ».

However, the plots (quickly) needed to be adapted to the robot’s way of working. “You have to know its working conditions,” explains Edith. “It’s essential to know where it can pass and where it can’t. When it arrived, we’d already planted cabbages and a first batch of leek, but the distance was slightly too short. We increased the distance by 10 cm when we planted the rest and then we could really set Oz to work.“ Handibio 65 has had to make a range of minor adjustments to have the tool work at full potential.

After having used the robot for four months, the time has come for Edith to assess its pros and cons : “All in all, it’s a positive experience.” Even though the farm crew is quite unique and the tool arrived somewhat late in season, Oz quickly won over the entire farm. It allowed to increase the structure’s productivity but, most of all, the robot helped free up time from traditional farmwork and helped Handibio 65 workers upgrade to more interesting tasks. 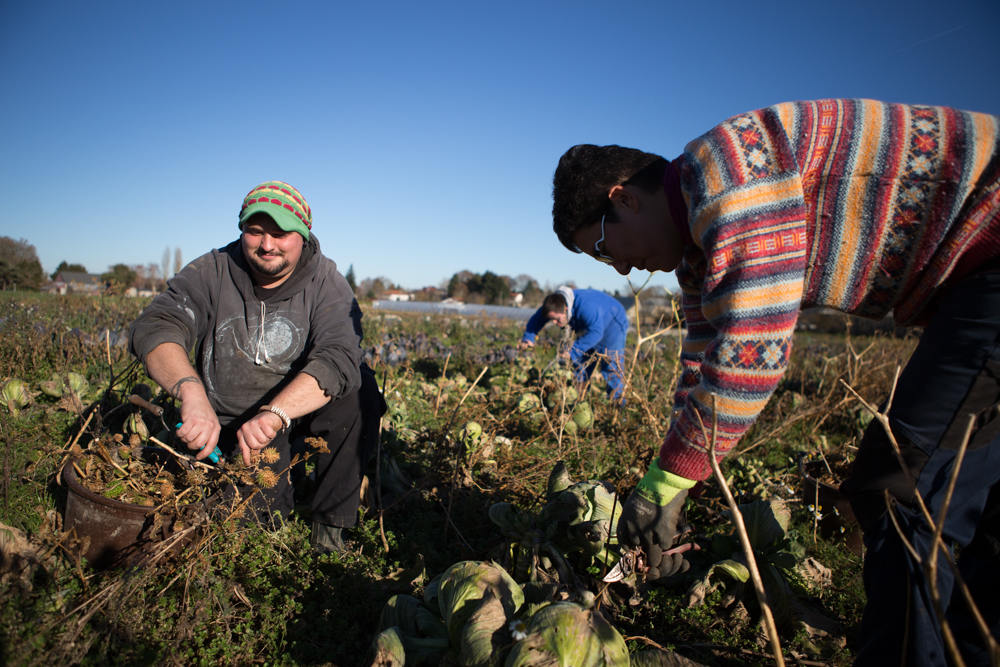 While Oz took care of the weeding, some of the workers became interested in other farming skills. Didier Loutaunau, who works as a produce grower on the farm, started to take a real professional interest in fighting plant diseases and parasites. Acquiring an extra skill set is one of the goals set by the structure to help workers validate their degree.

Realign farm workers’ missions with their specific skill set, their personal interests and with economic reality are major challenges in today’s agriculture. Oz managed to tackle them all at the Handibio 65 farm.

A study on the robot’s profitability has also been launched and results should be known in September 2017. Even though the final numbers aren’t known yet, the trial is considered conclusive. After having rented Oz for a few months, Handibio 65 decided to purchase the weeding robot and have it work around the farm permanently.