A seed producer’s testimonial on working with Oz

In 2012, Lucien Laizé, a former water engineer, gave up his city lifestyle to take over his family’s seed production farm. To help him during production, he’s found an ally in Oz, Naïo Technologies’s weeding solution. His feedback after using Oz for a year.

For this young organic seed producer, farming and environment are tightly linked ever since he took over the farm in 2012 : “My former job taught me that human action can lead to environmental disaster. When I changed jobs, I felt the need to act and drive change.” This approach lead Lucien to gradually convert the entire farm to organic production, which goal he aims to reach in 2022. In the meantime, he still sells his seeds under the conventional label, even though he grows his crops according to the requirements for organic production, which often entails a very specific set of problems of its own. 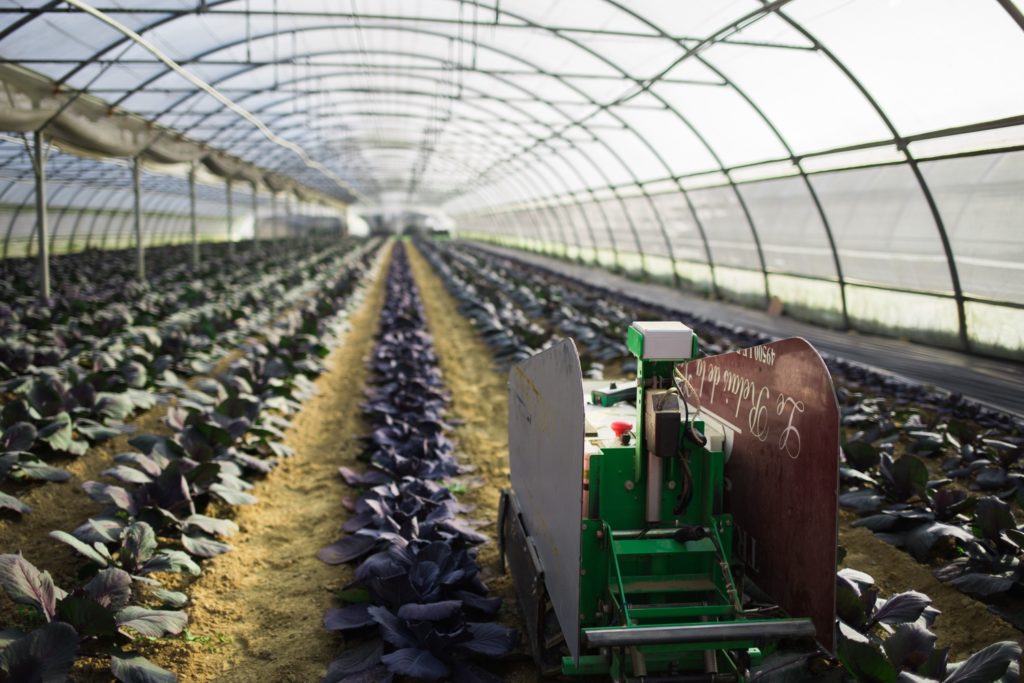 Contrary to popular opinion, the main problem with organic seed production isn’t disease but weeds. “When applying the principle of heterosis,” explains Julien, “the cross-breeding of parent plants with little vigor leads to very vigorous hybrid descendants. Seed producers like me therefore plant relatively weak and uncompetitive parent plants,” he pursues. “As a consequence, when too many weeds are present, the plants we grow have a hard time dealing with the competition of weeds, which can heavily impact profitability.” The second problem arises during harvesting: “We can’t afford the presence of weeds. Bindweed seeds, for instance, closely resemble leek seeds and it’s impossible for us to separate them.” Preventing weeds is therefore a priority. Unfortunately, when crops start to seed, plant tutors and ground covers prevent the use of classic mechanical tools, such as tractors or mechanical weeders.”

In order to tackle these problems, Lucien has tested a number of solutions. “At the very start, we used to cover the entire soil of the greenhouse.” Putting the ground covers in place required a considerable amount of time but weeding was no longer required. However, this approach led to other issues. First of all, field mice would thrive under the covers and eat the vegetables. Even worse, because the covers were placed over a clay-loam soil, water could no longer evaporate and the soil couldn’t breathe anymore.” I sometimes had mold patches, which forced me to remove the entire cover.” As a consequence, he had to start weeding manually. Lucien tried to circumvent this unsatisfactory situation by partially covering plant rows. But then he was confronted with a space issue: “My greenhouse can only hold a limited number of rows. In order to obtain seeds, I need one row of female plants for two rows of males. However, there was not enough room for this ideal set-up, which affected the number of plants available.”

The problems that arise due to non chemical weeding methods are a recurring complaint from organic seed producers: “I’ve discussed the issue with colleagues and some of them have gone back to partial plastic row covers.” The only remaining solution was manual weeding but Lucien felt this was a usage from the past, which would prevent him from moving forward. “In seed production, plant cycles take twice as long. A greenhouse alone requires 2,500 hours of work per hectare per year, and then I don’t even mention all the additional tasks that need to be done.” It was impossible for Lucien to include the extra manual work, which, he felt, was inconsistent with his business spirit: “I told myself that if I wanted to be the best, I had to innovate and find new solutions.”

Lucien then started to look for other alternatives and discovered Naïo Technologies’ weeding solution: the Oz robot. “In the autumn of 2015, I saw a number of demos and try-outs with good results,” remembers Julien. “So, in December, I placed my order.” 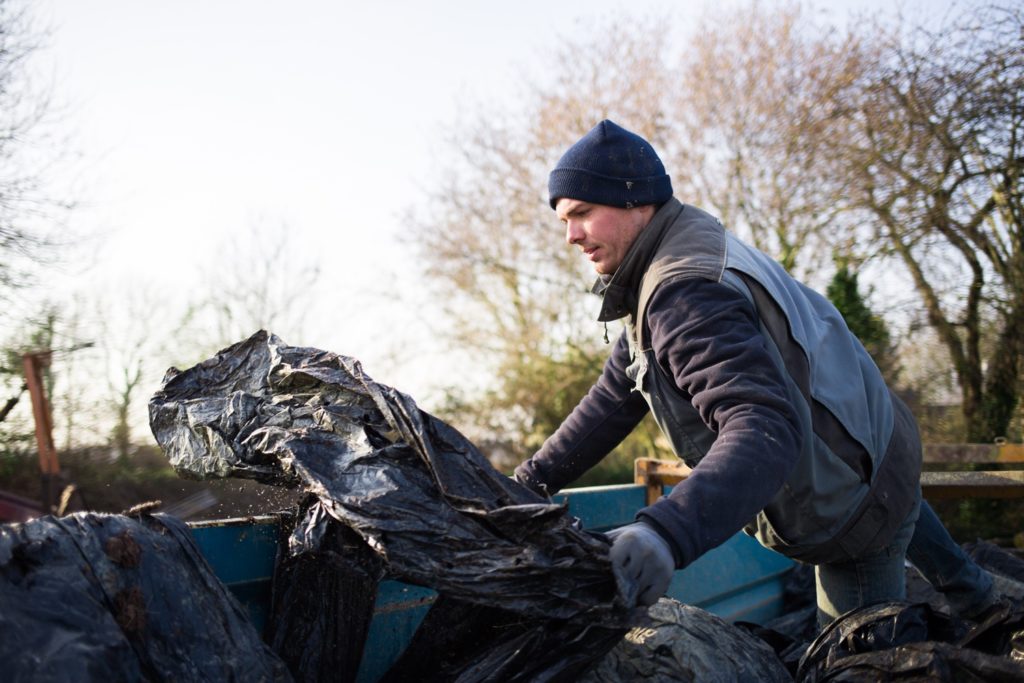 Oz was scheduled to arrive at the end of the production cycle, when vegetation and tutor stalks prevented classical tools from being used. How did the first trials go? “In spring, I’d planted cabbages and carrots but the distance between rows wasn’t wide enough and Oz couldn’t pass through.” He then planted celery, at a good distance this time. “But then we discovered the tool’s limits because of the quickly developing leaves: at the end, celery vegetation becomes so dense that Oz can’t find its way anymore.” To tackle this issue, the Naïo Technologies team is currently working on a corrective approach. “I’m very impatient to discover the new version of Oz to see how they solve the problem.”

On the other crops, which have less dense vegetation, everything worked well. A welcome success after several trials. “One of my mistakes was the ground cover that wasn’t correctly put in place, so Oz couldn’t properly follow the row,” he remembers. “To cut a long story short, before it worked, I had to deal with a number of setbacks with the fennel, the carrots and the celery, but the fourth time, I got everything right!” 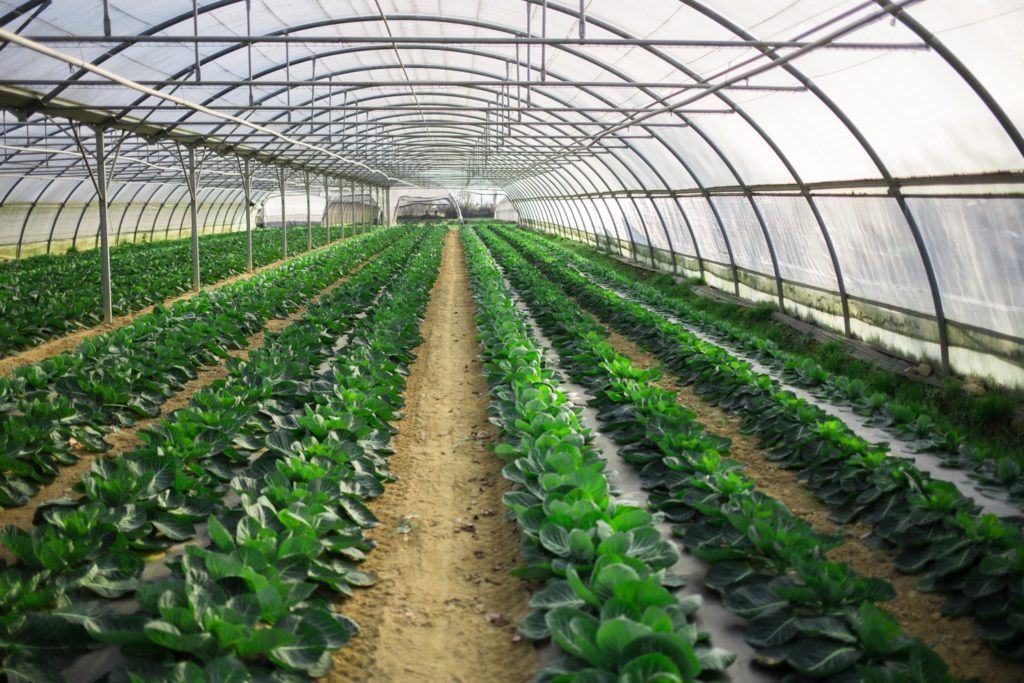 In a world where even change evolves quickly, Lucien chose to embrace innovation. “I guess it was a bit of a gamble, but I believed I had to change our work method in order to move forward and improve the market for organic seeds.” And, more importantly, he can now look further ahead: ” If Oz can help me find a production method without covers, the next step is organic seed production in the open field!”

Oz provides an answer to the issues our organic seed producer has to face: a tool that can mechanically weed in places and at times when classic tools can no longer be used. The Naïo Technologies tool invites users to rethink overall production: “I start by using the tractor to hoe and then I use the rototiller. As soon as I put my plant tutors in place, Oz takes over. Sometimes, we may add in some extra manual work, but this doesn’t take up a lot of time. A double learning experience for Lucien : “Growing organic seeds without using covers, clearly turns hoeing into a priority, but in the end, it’s a winning approach: I’ve ended up growing my most beautiful cabbages of the year!”

For more information on Oz, our mechanical weeding robot: