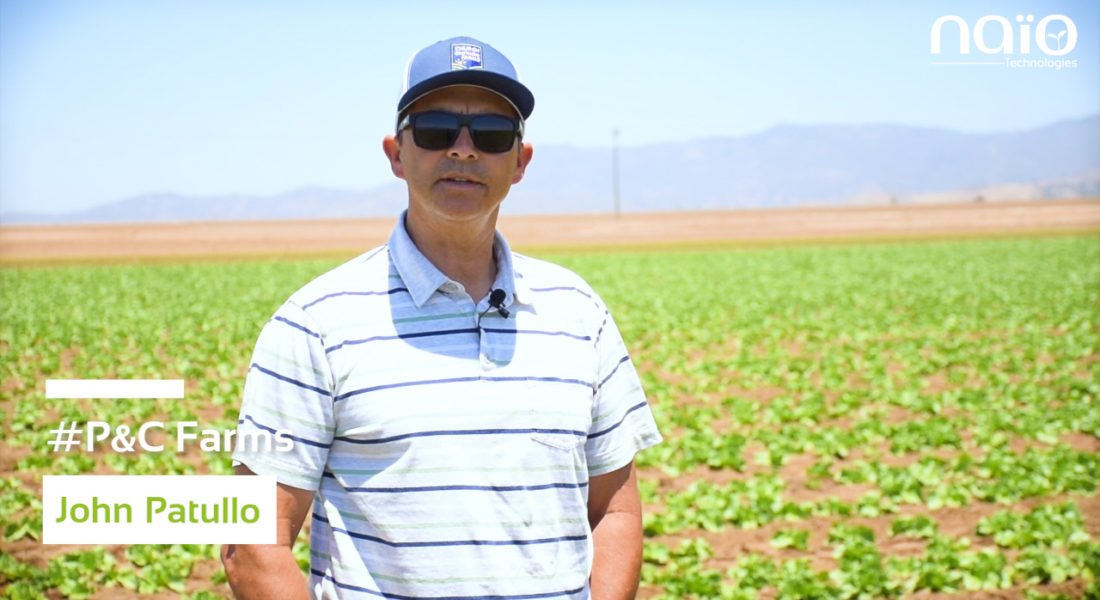 P&C Farms uses Naïo Technologies weeding as a service to get the job done.

If John Patullo could describe his impression of Naïo Technologies in two words, he would say, “lowering costs.” As a California vegetable grower, Patullo, the owner of P&C Farms in Gonzales, California, is concerned about rising expenses. One of the operation’s most labor-intensive jobs is weeding. There had to be a better way.

“California growers are faced with increasing costs on almost all fronts, labor being the most significant,” Patullo says. “We strive to innovate and be on the lookout for new technologies that help us to reduce labor and become more efficient in growing vegetables.”

That’s when Dino stepped in to help. The autonomous vegetable weeding robot is electric, works by itself and uses a wide range of tools to address an array of unique challenges.

While P&C Farms had been experimenting with GPS and camera-guided systems for years, Dino combines the two: a GPS RTK guidance system and camera-guided tools. The plot map guides Dino through the rows; the vision system detects the crop rows and adjusts the weeding tools’ position.

The result is highly precise weeding capabilities performed at a close proximity without injuring the crop. Naïo Technologies offers weeding as a service so professional growers can focus on managing the farm instead of enduring the learning curve of operating a new and complex system. A few weeks into a months-long collaboration, Patullo is excited about Dino’s potential.

“We’re not only tracking cost and percentage of weeds killed, but also yields,” he says. “We are halfway through our analysis, and so far, I’ve been satisfied with the results.”

P&C Farms is willing to take some risks on the anticipation of future rewards. The operation continues to experiment, using Dino on several crops, at different stages of growth and in varying levels of weed-infested fields. Diving into the analytics sometimes means being aggressive.

“Since we’ve gotten more comfortable with the machine, we’ve learned more about using Dino to focus on some of the plantings with higher than average weed growth,” Patullo says. “We’re trying to see how far we can push the envelope of taking out weeds without harming the quality or the yield of the crops.”

Fewer weeds not only mean fewer workers and manual weeding costs, it means a lower annual spend on herbicides and other crop protection inputs. Patullo sees the way the things are changing in his industry. In addition to minimum wage laws and overtime limits, new regulations restrict famers’ water and chemical usage. Patullo is intimately familiar with the challenges of trying to do more with less. Dino offers hope for the future.

“We feel there is potential for Dino to help us combat the rising production costs we are all dealing with here in California,” Patullo says. “I’m optimistic that by working with Naïo over the next couple of months, we will be able to increase the level of success we’ve had so far.”

Based in Czech Republic or in Slovakia ? Meet our official Dealer Agri-Precision. Eager to learn more about this g… https://t.co/y3cULoWn8W16 April 2021 - 7 h 00 min