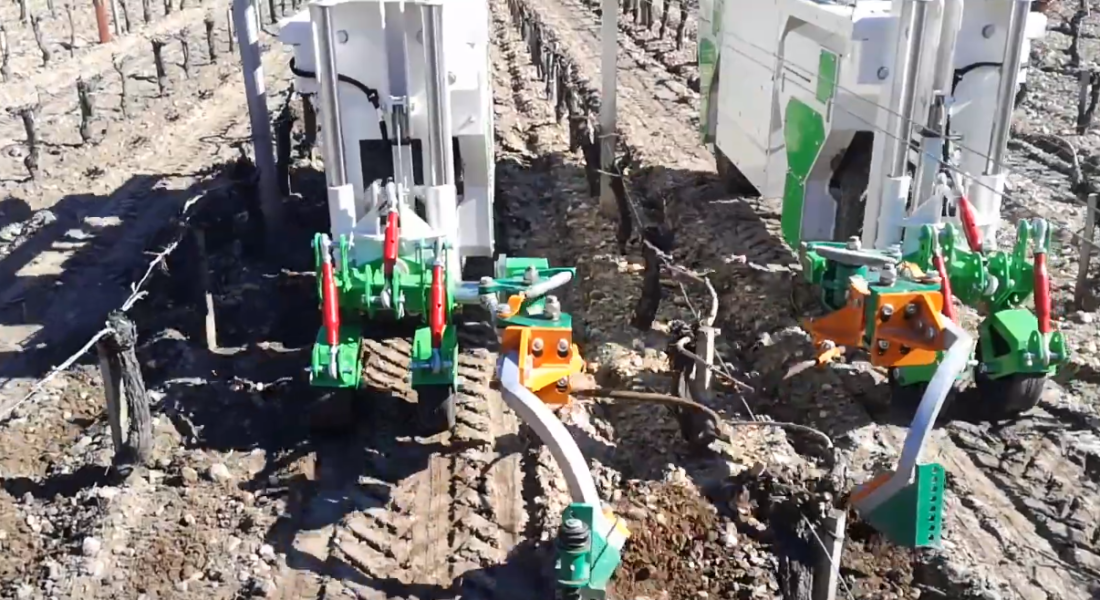 What would our TED vineyard robot do without its tools to work the soil? We honestly haven’t got the faintest idea because it has a bunch. To make sure TED was fitted with the best equipment and tools, we contacted some expert companies to help us out. Among them is the Bernardoni company, who designed a custom linkage system for our favourite vineyard robot.

Bernardoni, the story of an expert in soil work

In 1986, Claude Bernardoni created the Bernardoni company in the French Vaucluse department. As a trained mechanic, he starts repairing farming machines and equipment for his customers before he moves on to selling equipment and tools for vineyards. His company reaches a first turning point when Claude meets Luis Aguilar, a Spanish manufacturer of farm machinery and equipment, who’s looking for a distributor in France. “We had the exclusive distribution rights to their vine stock ploughs but were also co-manufacturing,” explains Nathan Bernard, the company’s current manager. “This is how we started to manufacture a tool holder that was fitted with a pair of hydraulic parallelogram ploughs to weed between the vine rows. And that was also the moment we really started to specialize in tools for soil work.”

When Claude leaves to retire in 2013, he sells his company to the établissements Defrance fmv. They were based in the French Champagne, where they designed and manufactured tractors. “We then moved to Beaumes-de-Venise,” says Nathan Bernard,”so that the company could evolve from purchasing tool parts and assembling them to a full-fledged tool manufacturer. We now design, build and distribute our own products and are recognized as experts in tools for soil work.”

The partnership with Naïo Technologies

The Naïo Technologies team first met Bernardoni in French Angers in 2017, during the SIVAL trade fair. Both companies started to work together on Naïo’s first tracked vineyard robot, a crawler. Soon after that, the TED vineyard straddler sees the light and Bernardoni designs and manufactures a linkage system and a hook to attach the tools. “We’ve always kept in mind that the system needed to be lightweight and require little energy to be compatible with the low weight of the robot,” remembers Nathan Bernard. “I believe the robot perfectly covers the needs of a vineyard. Because it’s electric, it doesn’t pollute and remains light. Another thing I like about TED, is that it will work the soil more frequently without compacting it.”