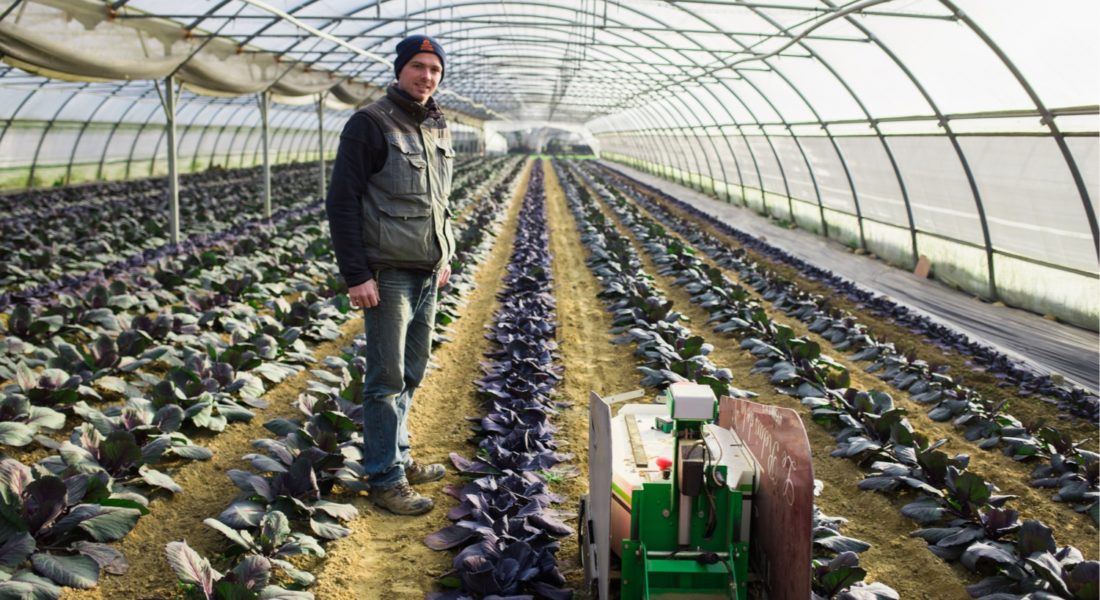 A seed producer’s testimonial on working with Oz In 2012, Lucien Laizé, a former water engineer, gave up his city lifestyle to take over his family’s seed production farm. To help him during production, he’s found an ally in Oz, Naïo Technologies’s weeding solution. His feedback after using Oz for a year. For this young 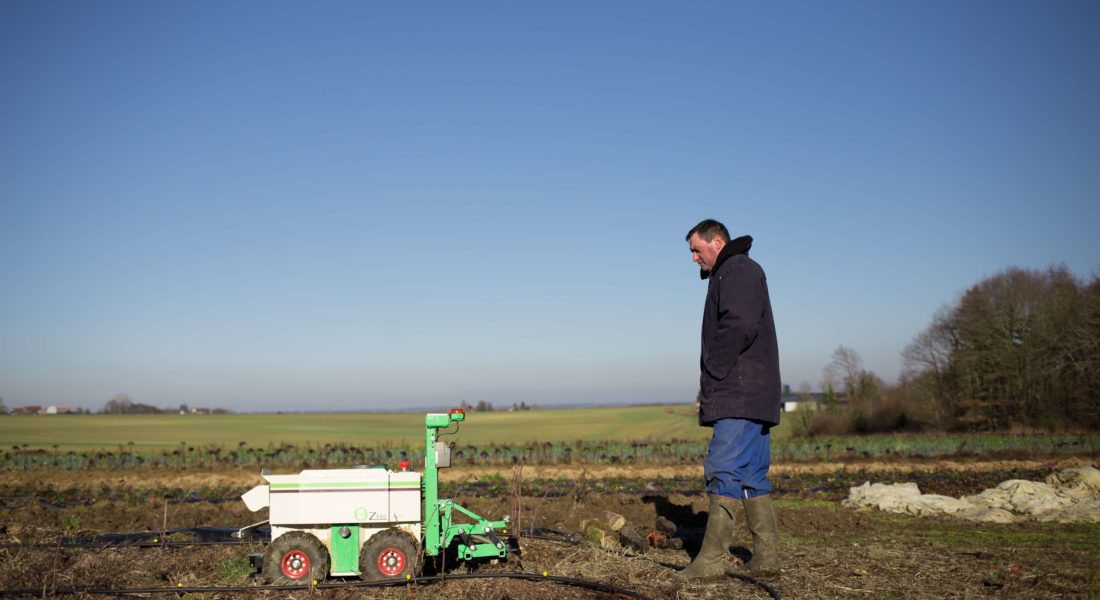 What’s it like to work with Oz A produce grower’s testimonial after his first year Franck Echard’s farm is located to the South of Paris, in the Touraine region. He shares his experience after one year of working with the Oz weeding robot. Franck manages a 7 ha farm and grows over 40 varieties of vegetables 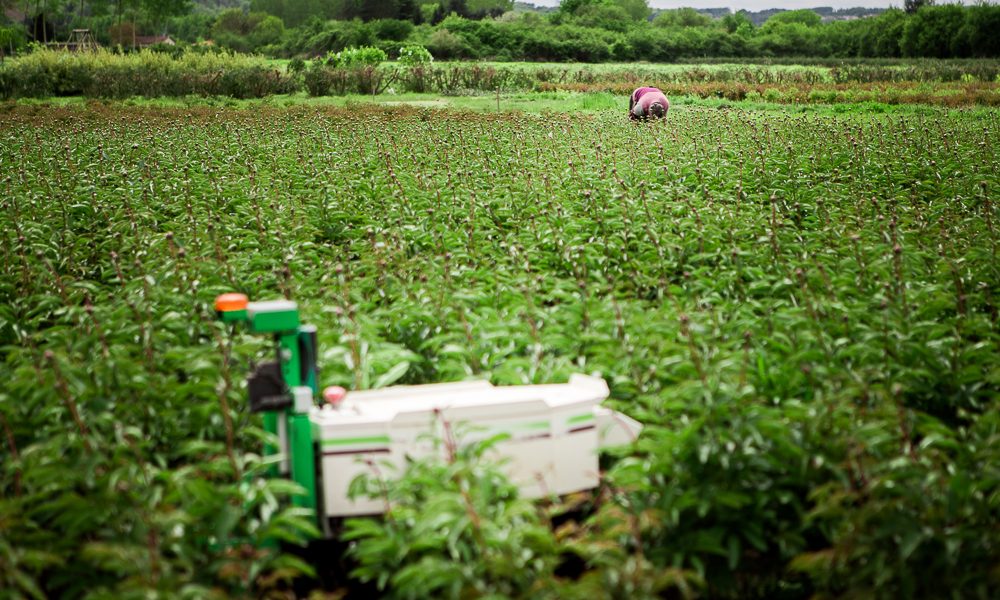 A horticulturist’s testimonial on using the Oz weeding robot

“OZ WEEDS OUR FLOWERS AUTONOMOUSLY” The Pénisson farm is nested in the French Dordogne valley. From a distance, the farm looks exactly like its neighbours, with greenhouses, tractors and cultivated fields. However, a closer look reveals a distinguishing detail: between the rows of peonies, a strange machine seems to be working all by itself. Four 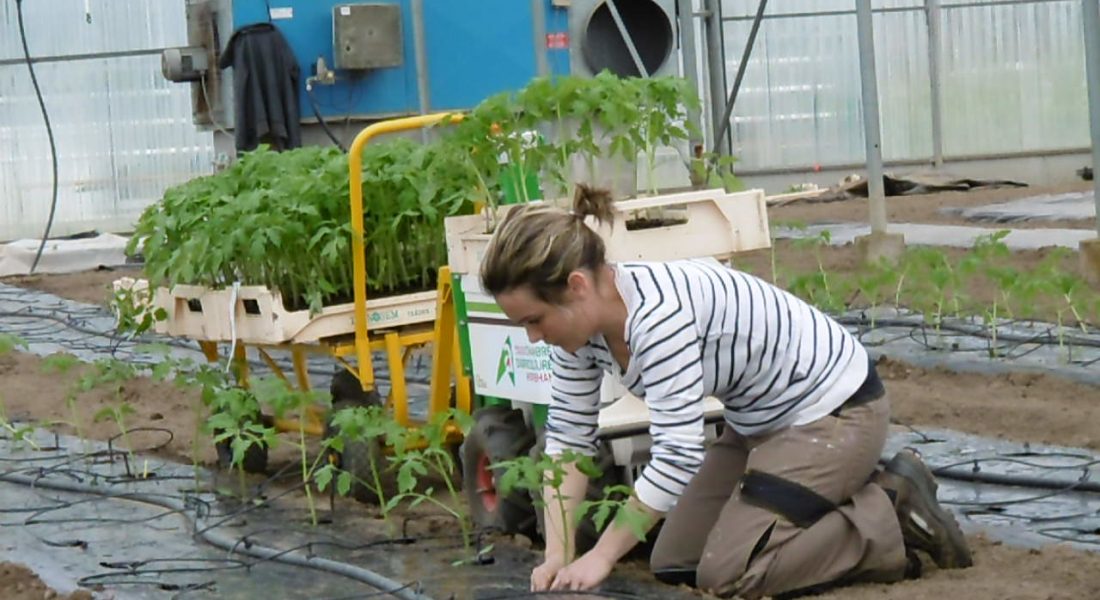 Maët Le Lan coordinates the Bretagne Sud Experimental Research Station in France. She’s already been testing the Oz farming robot for over two years in order to research its potential in reducing strenuousness and drudgery in agriculture. Here’s what she says:  Reducing drudgery for organic farmers The role of the Bretagne Sud Experimental Research Station, which will soon 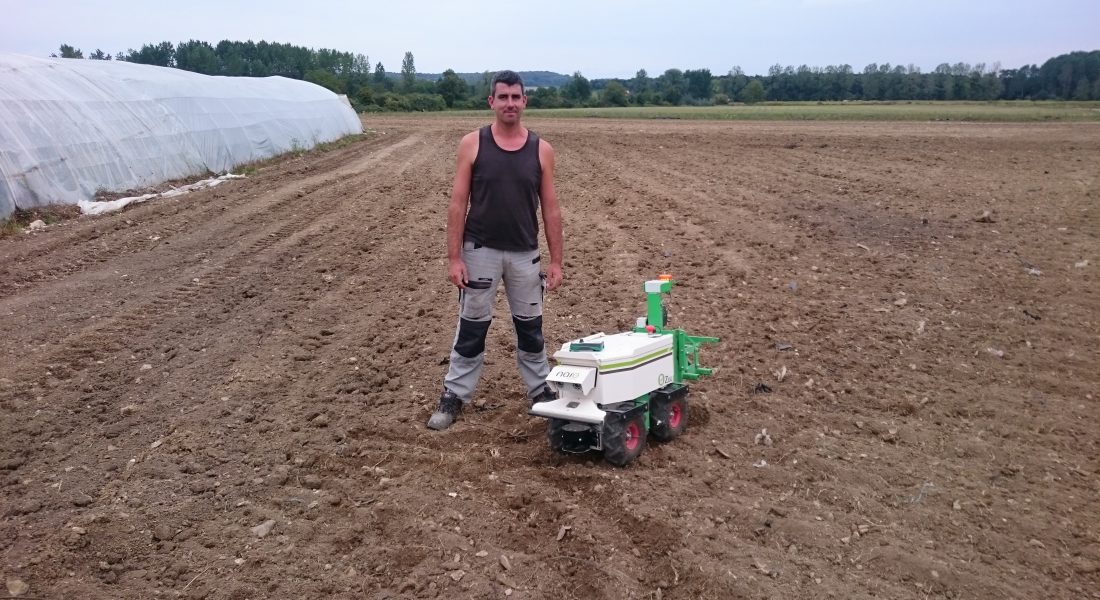 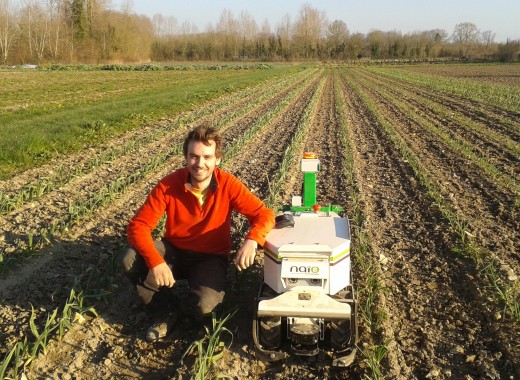 At Naïo Technologies, we value our customers. Every month, we give the floor to one of them to talk about their daily work, the difficulties they meet in terms of soil, weeding, crops, planning,… and the solutions they’ve come up with. This month, the spotlight shines on Dimitri Venant-Hermouet, an organic market farmer from Prin Deyrançon (79), France. He